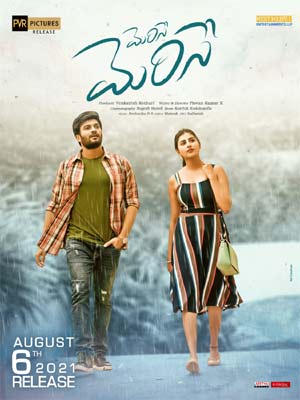 Young hero Dinesh Tej of Husharu fame will next be seen in a breezy romantic comedy, titled Merise Merise. Young actress Shweta Avasthi is the leading lady in the movie. The film’s teaser and songs received a decent response upon their release a few weeks ago. The film has completed its censor formalities and received a U certificate from the CBFC.

According to the latest updates, leading multiplex chain PVR’S PVR Pictures will be releasing Merise Merise on August 6th in its cinemas across the twin Telugu states. The film is directed by debutant Pawan Kumar and produced by Venkatesh Kothuri under Kothuri Entertainments LLP banner. Karthik Kodagandla is the music composer.