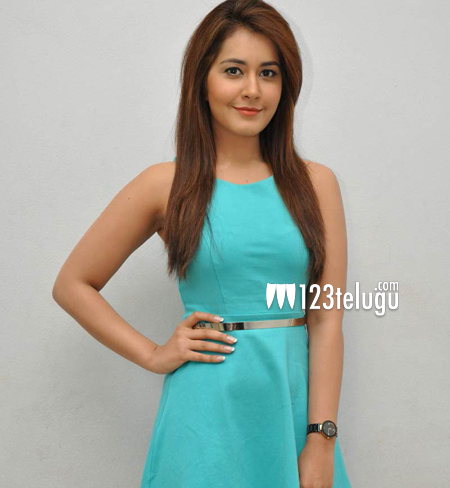 Stunning beauty Raashi Khanna, who is creating huge waves in Tollywood has denied her item song rumors. From the past two weeks, there have been huge rumors that Raashi will be featuring in an item song in Akhil’s debut film.

Quashing all these reports, Raashi revealed that she is not doing any song in Akhil’s film as she is quite busy with her current projects. Raashi will next be seen in Ravi Teja’s Bengal Tiger and is currently busy promoting her latest release Jill.