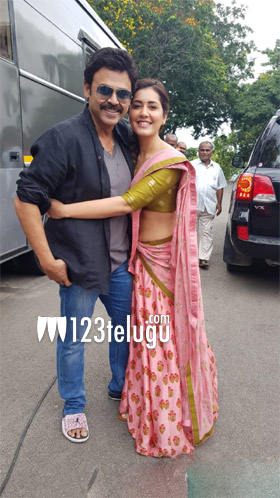 Raashi Khanna is slowly but steadily making her comeback in Telugu after doing some back to back flop films.

Chay and Venkatesh will be seen as Mama and Alludu in this film and Payal Rajput is playing Venky’s love interest in this film which is being directed by Bobby.