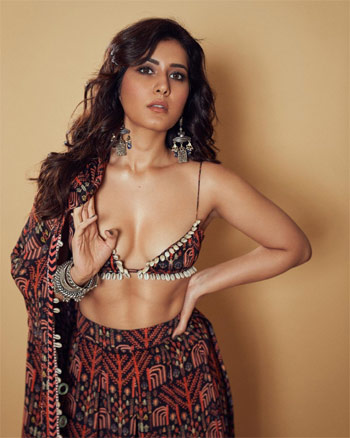 Raashi Khanna is trying hard to get back in the game. She had pinned a lot of hopes on her film Pakka Commercial which hit the screens today.

Raashi was appreciated for her comedy timing in the film. If this was not enough, Raashi has done a raunchy photoshoot which has broken the internet now.

Seen here in the picture is Raashi revealing a bit too much. Fans are going gaga over her new avatar and some are even shocked to see her go all out in such a manner. Whatever the reason, Raashi has surely made headlines today.