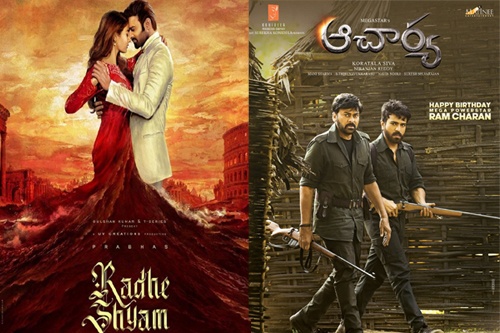 Prabhas’s Radhe Shyam and Chiranjeevi’s Acharya are in final leg of shoot. Both the projects will be wrapped up at the earliest once film shootings are permitted.

The latest news is that the makers of both these films are contemplating the idea of releasing them this Dasara season.

The number of fresh Covid cases have been descending across the country and the chances of cinema hall being re-opened in the near future are pretty good. So, the makers of big-ticket films are working on release plans.

As of now, the producers of Radhe Shyam and Acharya are eyeing Dasara release.