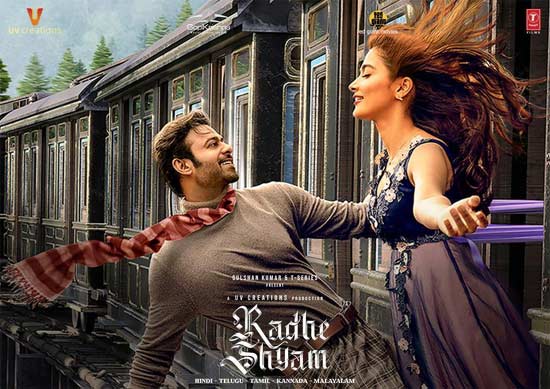 Radhe Shyam, which was released with huge expectations on Friday, has been receiving mixed reviews from audiences. Starring Prabhas and Pooja Hegde as the lead pair, the movie is directed by Radha Krishna Kumar.

A few netizens passed harsh comments on the makers of film. So, Manoj Paramahamsa, the man behind the lens, took to Instagram and slammed the critics of the move.

“I agree critics has big say about films storyline and screenplay, performance, I am reading lots of complaints on the visual premises of story being so rich and unwanted … is this the way criticism works anywhere in the world? Has if they are paying extra Money to watch this heavy budget film when already there are lots of regulations on fixing tickets rates common for everyone,” he wrote.

He further added, “It’s Prabhas sir’s vision to give His fans visual treat and also lots of ppl telling this films cinematography is too much beautiful… which overtakes the story line … i believe good cinematography is nothing but consistency! Even I feel I failed in lots of spaces with green screen patch works and post pandemic hurdles to complete this film … I thank every single person who is appreciating my work and it’s just fine example of team Work.”

He also gave clarity on comparing the film with Titanic. Manoj revealed that the director thought a big ship middle of ocean is good premises to fight against five elements of nature. 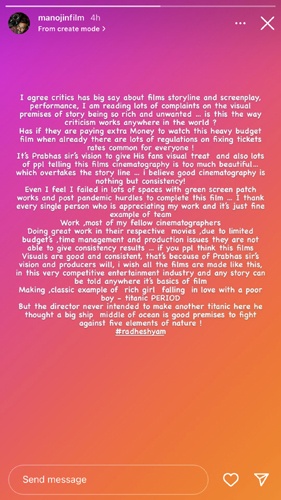