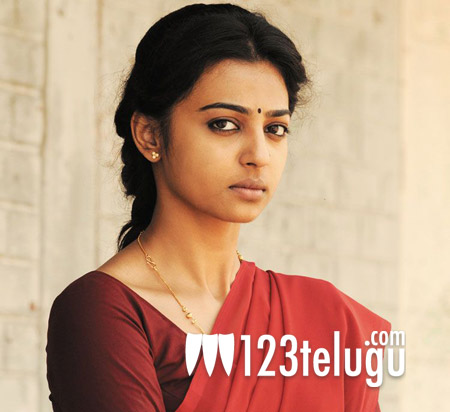 Radhika Apte, who was last seen in Prakash Raj’s Dhoni, had a tough time shooting for one of her upcoming Tamil films. She was shooting for a film titled Vetri Selvan in Kethi Railway Station near Ooty. Apparently, a shot was supposed to be canned past midnight and it was so cold that she fell on the floor without even realizing that she was fainting. The film’s crew took her to a local hospital immediately and couple of later, she recovered completely and came back to the film set. There have been instances where actors fainted due to exhaustion; however, fainting because of extreme cold is something we haven’t heard of in recent times. The film also stars Ajmal in lead role. Radhika Apte had made her debut in Telugu in RGV’s Rakta Chairtra where she played the role of Vivek Oberoi’s wife.