Raghavendra Rao wrapping up Nagarjuna’s script
Published on May 25, 2016 2:40 am IST 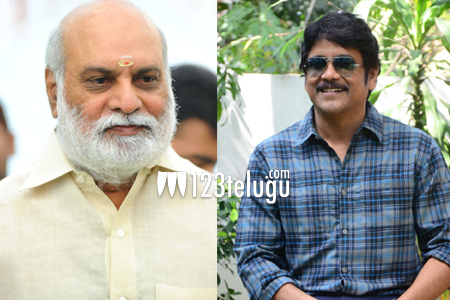 ‘King’ Akkineni Nagarjuna and director K. Raghavendra Rao have made some memorable devotional films in the past like ‘Annamayya’ and ‘Sri Rama Das’. They are teaming up once more for a devotional film based on the life of the little known ‘Hathi Ram Baba’.

The movie is going to have music from Keeravani and Raghavendra Rao is reportedly on the verge of wrapping up the script work for the movie. Once Nagarjuna gives his approval to this finished version of the script, the film is expected to go on to the floors in the second half of this year.

The movie will revolve around Lord Venkateswara Swamy.