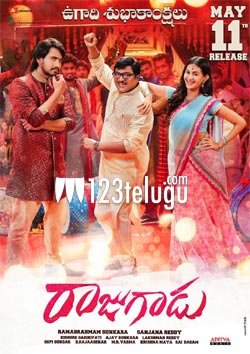 The teaser of Raj Tharun’s Raju Gadu is finally out in the open. The young hero plays a kleptomaniac in the film and his role has been nicely executed in the teaser.

The teaser looks a lot of fun and we need to see how this small disorder of robbing things is weaved into a full-fledged story in the film. Amyra Dastur plays the female lead in this film which also has Rajendra Prasad in a key role.

This film needs to click at any cost for Raj Tharun as his last outing Rangula Raatnam failed miserably at the box office.