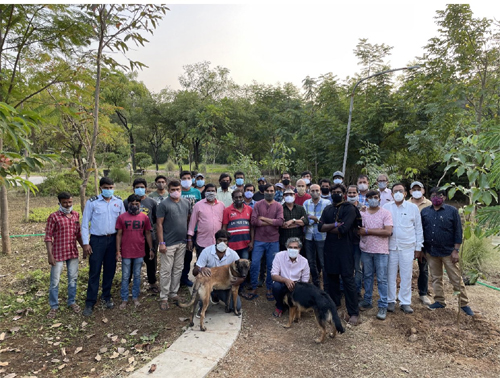 A few days back, Ram Charana accepted the Green India Challange and planted saplings. Later, he nominated Rajamouli, Alia Bhatt, and others to carry on with this initiative.

Rajamouli has today planted saplings along with his team. He along with cameraman Senthil and many others have planted trees and in turn, Rajamouli nominated his fellow directors Vinayak, Puri Jagan, and RGV.

Rajamluli is superb busy with the shooting of his latest film RRR that is in full swing. The star heroes are shooting for some nailbiting sequences of the film is the latest news.

My team and I took up the #GreenIndiaChallenge as nominated by @alwaysramcharan… I would like @rgvzoomin, Vinayak garu, @purijagan to take this forward…:)pic.twitter.com/oUeyJo4aEe