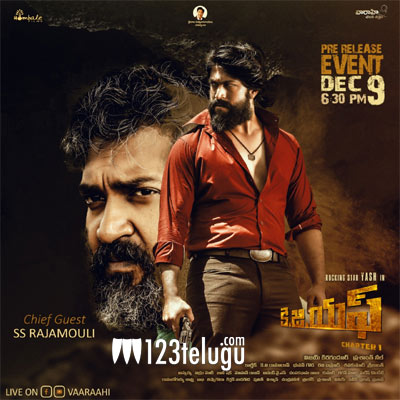 KGF is one film which has caught the attention of many with its striking trailer. The film is ready for a release in six languages and the latest we hear is that the pre-release event of this film will be held on the 9th of this month.

What’s more interesting is that SS Rajamouli will be coming in as the chief guest for this event. KGF has Kannada star Yash in a lead role.

The Telugu version is being presented by Vaarahi banner headed by Sai Korrapati and he is releasing the film on a large scale in Nizam.

The venue and other details of the film will be revealed soon.