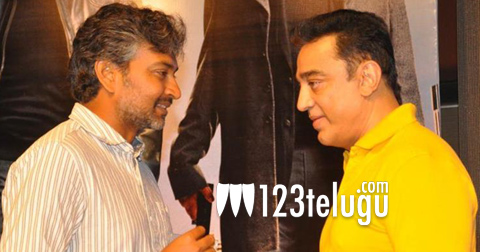 Celebrities across India have been venting their anger and frustration over the injustice being meted out to Kamal Haasan and his ‘Vishwaroopam’. Ace Telugu director S.S.Rajamouli joined the other film industry members in condemning the incident and posted a solid defence on his Twitter profile a few minutes ago.

See what he had to say.

”
Initially i was outraged along with the film fraternity at the atrocity of banning #vishwaroobam stating “it hurts the sentiments of the Muslims.”
Which part hurts the Muslims? Showing talibans in bad light??
Now is the govt implying that the Indian Muslims support talibans? Isn’t that insulting the Muslims of this country??
And what happened to the freedom expression. Constitution going down the drain?

What happened to the supreme court ruling that no govt can stop any film’s release stating it will cause law and order problem? Infact the ruling says it is the DUTY of the govt to protect the intrests of the producer in case of law and order situation arises.
Are govts above these laws?

The greatness of 5000 year old bharatha varsha lies in respecting and honouring artists across caste creed and religion.
MF Hussain, Tasleema Nasreen and now Kamal haasan. What are we doing?? This certainly is NOT our culture.
Initially i thought this is just vote bank politics. Now it seems to be more a personal vendetta.

Now, What do I feel? Sadness….and more than that fear..

The issue is assuming national significance and strong voices are being heard about what is set to become a fight between oppression and freedom of speech.