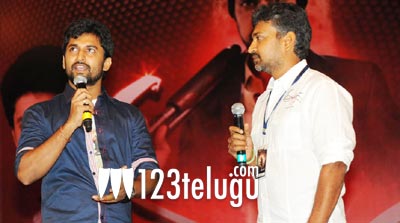 Ever since Ala Modalaindi turned out to be a hit, Nani has been on a high with back to back big projects including Eega and Yeto Vellipoyindhi Manasu. Although, he’s playing a small role in Eega, Nani couldn’t stop raving about his director S S Rajamouli at the audio launch of Eega. “Not many people know that Rajamouli is a fantastic actor. He enacts every scene in the film and watching him perform is quite intimidating, he is just brilliant. If I manage to match up to at least 10% of it, I would have done a great job. He is a one man army” he said and added, “It’s a privilege to work with him and I think Eega will be a historic film.” The film also stars Samantha and Sudeep in lead roles. Eega is a bilingual film and it’ll be simultaneously released in Tamil as Naan Ee. M M Keeravani has composed the music and Sai Korrapati has produced it.