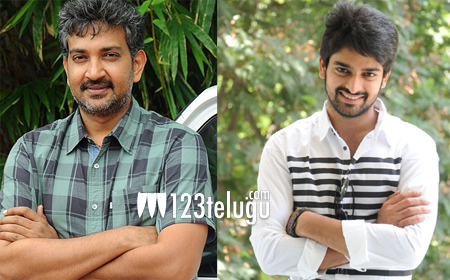 Naga Shourya is surely making the right moves in his career. After giving a super hit with his debut film, he is back with Dikkulu Choodaku Ramayya. This Sai Korrapati production has hit the screens yesterday, and all those who saw the film have only good things to say about Naga Shourya and his performance.

Even ace director like S S Rajamouli couldn’t stay away from praising this young lad. ” I am really impressed with shourya’s performance. He has a bright future. ” said Rajamouli. Naga Shourya will next be seen in Lakshmi Raave Maintiki alongside Avika Gor.