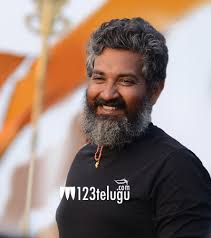 The promotional campaign of Baahubali – The Conclusion has gained momentum and the team is going all out to promote the film in various platforms. While everyone is eagerly awaiting the trailer, which could be released on March 15, the makers are also pushing the Baahubali graphic novel and ‘The Rise Of Sivagami’, a novel written by Anand Neelakantan.

Earlier today, Rajamouli revealed some key details from the novel ‘The Rise Of Sivagami’ which contains an interesting backstory of Kattappa, one of the key characters in the Baahubali series. The book focuses on the lives of Sivagami and Kattapaa and how they bond grew so strong with time.

In the past, Anand Neelakantan and Rajamouli had revealed that although the book is set in Mahishmathi, it has nothing to do with the film. The book is set to hit the shelves later this month.