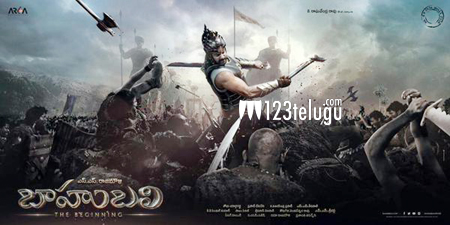 As the release date is fast approaching, the buzz for India’s biggest motion picture, Bahubali, is getting intensified across all parts of the world. Everyone is waiting with a bated breath to watch this epic fantasy on the silver screen. The promotional activities are also nearing completion.The audio songs have already struck a chord with the music lovers.

Although it is touted to be the most expensive Indian film ever made, there is no clear cut idea regarding the exact figure with which it is made. So, putting an end to all the speculations, the film’s director, SS Rajamouli, revealed that the overall budget for both parts of this extravaganza is more than 250 crore. Initially, this movie was to be made in one part, but they decided to divide it into two sections after coming to a conclusion that the entire story cannot be narrated in a single part.

Starring an ensemble cast in the form of Prabhas, Rana , Anushka, Tamannah and many others, the first part will hit the screens on July 10th. Arka Media Works banner is the production house behind this period drama.