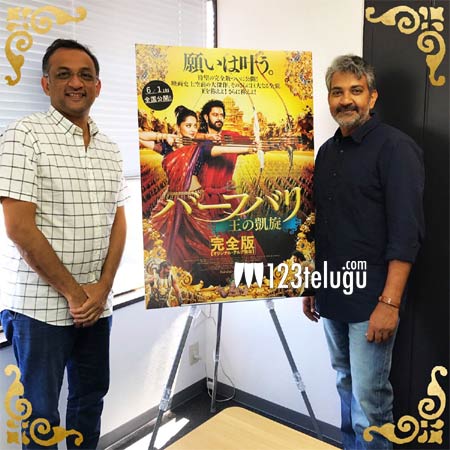 SS Rajamouli’s magnum opus, Baahubali The Conclusion, released last year and ended up as the country’s biggest blockbuster. The film was dubbed in Japanese and released on December 31st last year. So far, Baahubali 2’s Japanese version has collected nearly $1.5 million and is still having a steady run in Japan.

Meanwhile, director Rajamouli and producer Shobu Yarlagadda have landed in Tokyo, Japan, to catch up with a special screening of Baahubali 2 that will take place tonight. The film has been receiving immense adulation from the Japanese audience ever since its release, opening the doors for Indian movies in The Land of Rising Sun.