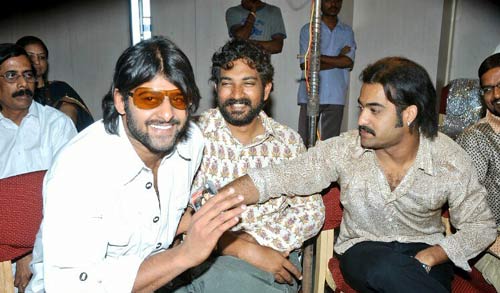 Rajamouli shares a very good relationship with all the star heroes but he is very close to NTR and Prabhas. He has also worked with them as well and is directing NTR in one of his films RRR.

One such picture where Rajamouli is spending some key time has gone viral. Seen here in the above picture is Rajamouli with Prabhas and NTR. Both NTR and Prabhas are sporting long hair in this picture.

This picture is from the early 2000s and was clicked at an audio launch. Well, we would love to see Rajamouli direct these two stars in the coming future.