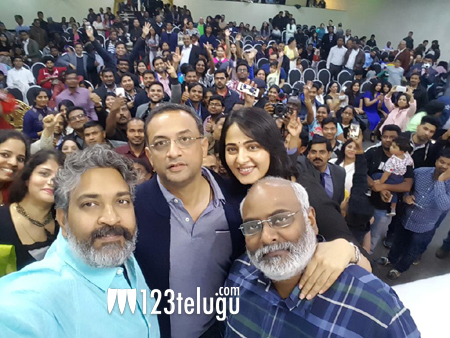 Yesterday must have been quite an overwhelming day for SS Rajamouli. The numero uno director has announced via Twitter earlier today that his job with the Baahubali series is completely over with the last leg of promotions in London.

Just as the film emerged as India’s highest grossing movie ever and is racing ahead to surpass the 1,000 crore gross milestone, the man who created the landmark movie franchise and destroyed all the existing box-office records will go on a much needed holiday with his family in London.

And with this last leg of promotion in london my job with Baahubali film series is completely over..
A big hug and thanks to everyone..🙏 pic.twitter.com/rt3V6Xx8oi