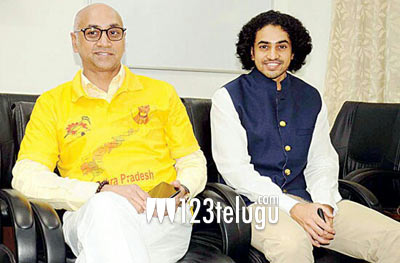 123telugu had earlier reported that Mahesh Babu’s nephew and Guntur TDP MP Jayadev Galla’s son Ashok Galla is gearing up for his silver screen debut. Ashok completed his higher studies in filmmaking in the US.

While leading producer Dil Raju is going to introduce Ashok under his banner, Jayadev Galla revealed during a party meeting yesterday that Rajamouli’s protege RK will be directing Ashok’s debut film. More details about the project will be revealed soon.

Jayadev had also said in the past that his brother-in-law Superstar Mahesh Babu is taking personal care about Ashok’s debut film.