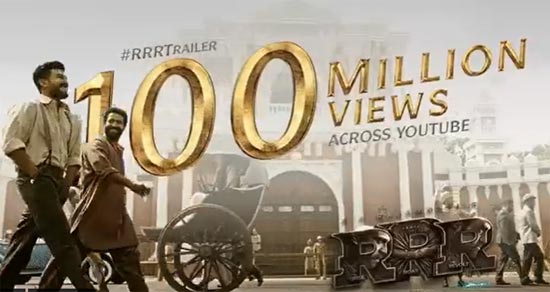 The trailer (including all versions) of the magnum opus, which was released on December 9, has crossed 100 million views on YouTube in just 6 days.

Directed by SS Rajamouli, RRR’s trailer is the first Indian movie to achieve this feat.

Alia Bhatt, Ajay Devgn, Olivia Morris, Shreya Saran and others are playing key roles in this movie, which is going to hit screens worldwide on January 7, 2022.