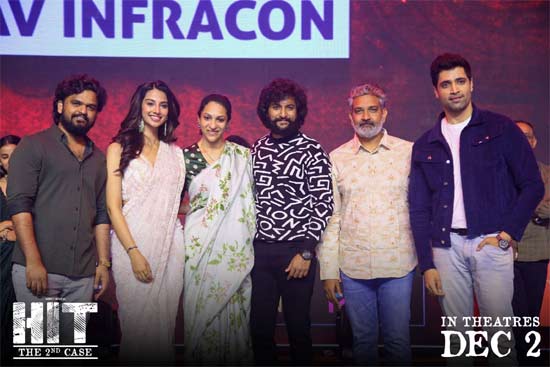 Hit 2 is a film that everyone is waiting for eagerly as it has Adivi Sesh as the main lead. Nani is producing the film which has Sailesh Kolanu as the director.

Rajamouli came as the chief guest for this event and ever since that happened, the buzz for the film has gone up sky-high. As Rajamouli said he loved the trailer and wanted to know who the villain is, curiosity has built up.

Now, the statement from Rajamouli has put pressure on the makers to deliver. Indeed one will be waiting to see who has committed such hideous crimes. Let’s see whether the makers live up to the hype created.