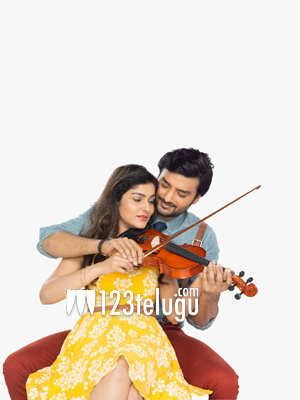 Rajaratham, the Telugu-Kannada bilingual romantic entertainer, is slated for release on March 23. There has been a decent buzz for the movie, thanks to some good promotions by the makers. Recently, Rajaratham’s team released the peppy video song ‘Ninnu Nenu Preminchanantu’.

Ninnu Nenu Preminchanantu is the best song in the film’s audio album. The song was shot in Ooty and it features grand visuals. Bollywood’s ace art director Rajat Poddar, who has worked in films like Barfi, Jagga Jasoos and many more, is the man behind the fantastic sets in the song, which have fantasy elements with a realistic touch.

Nirup Bhandari and Avantika Shetty are the film’s main leads. Rana Daggubati plays the title role and has lent his voice for the royal chariot ‘Rajaratham’. Tamil hero Arya will be seen in a crucial role in the movie. Jollyhits is the banner behind this youthful entertainer.