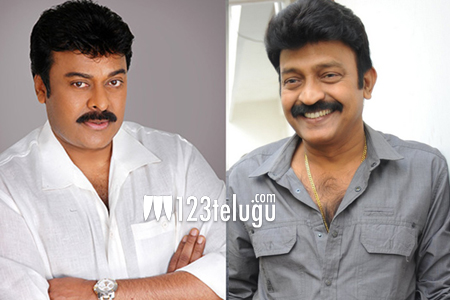 Minor differences have existed between Megastar Chiranjeevi and actor Rajasekhar for a while now. This spilled over into the public and their relationship has come under the spotlight on a number of occasions.

But now, Rajasekhar says that he is bridging the gap with Chiranjeevi once and for all. During a recent media interaction, Rajasekhar admitted that certain differences existed between him and Megastar. He also went on to say that they are now resolved due to the mediation of Nagababu.

Rajasekhar also revealed that he would invite Chiranjeevi to his house very soon, for a family event.