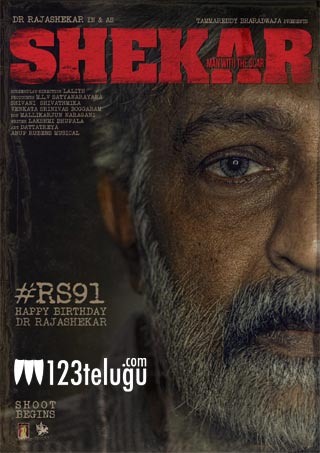 Yesterday, on the occasion of hero Rajashekar’s birthday, the makers of his 91st film, titled Shekhar, unveiled a powerful first look poster and a glimpse video. Rajashekar’s salt and pepper avatar in the poster created a solid buzz for the movie.

According to the latest reports, Rajashekar will be portraying the role of a police officer in Shekar. Rajashekar is popular for his cop roles and he even got the title ‘Angry Young Man’ for the power-packed cop roles he portrayed in the initial years of his career.

Shekar is being directed by debutant Lalith and the film’s regular shoot will kick-start from February 22. MLV Satyanarayana and Rajashekar’s daughters Shivani and Shivathmika are jointly bankrolling the movie. Anup Rubens is the music composer.