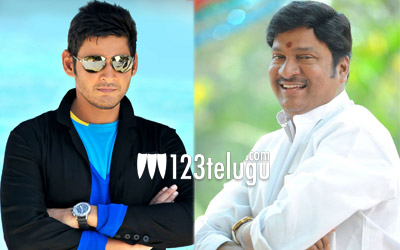 Rajendra Prasad ruled the roost in the 80’s and early 90’s with his comedy entertainers. Over the years, he started playing second fiddle as a character actor.

Now Rajendra Prasad will be playing a very important role as Superstar Mahesh Babu’s father in his next film, ‘Aagadu’. Rajendra Prasad reportedly has a very crucial role in this movie.

Sreenu Vaitla is the director of the film and Thaman has composed the music. This is the same team that came up with the blockbuster ‘Dookudu’. Tamanna is the heroine in this movie.