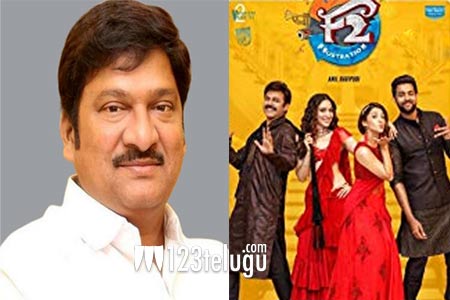 Anil Ravipudi is the man of the masses and he exactly knows how to extract entertainment from his films. He has written key roles for many actors and one of them is Rajendra Prasad.

The veteran actor was seen in a hilarious role in Raja The Great and once again, Anil has written a good role for Rajendra Prasad. The news is that Rajendra Prasad has some fun scenes in F2 and will impress everyone.

The first song of the film was released today and Rajendra Prasad is seen having fun with the star heroes. Dil Raju produces F2 which is up for a Sankranthi release.