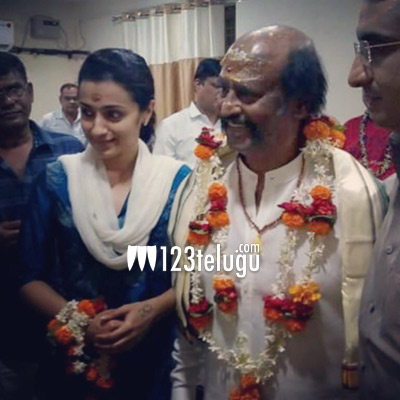 The makers of Super Star Rajinikanth’s Petta are currently shooting in the holy city of Varanasi. For the first time in her career, Trisha is acting alongside Rajini. Both the stars are shooting key scenes in Varanasi.

Today, Rajinikanth and Trisha, along with some other members of Petta’s unit, visited the sacred Kasi Viswanath temple in Varanasi and offered special prayers. A major portion of the shoot has been wrapped up already. The film is tentatively scheduled for release during the Sankranthi festive season.