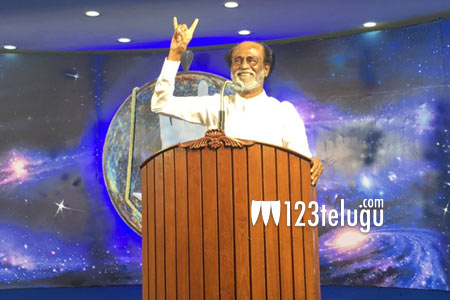 Finally, Super Star Rajinikanth has made the historic announcement. After keeping his fans waiting for the last two decades, the Thalaivar announced that he is indeed entering active politics. Rajini made this announcement during the fans meeting in Chennai this morning. Rajini also said that his party will contest all the 234 assembly seats in the upcoming Tamil Nadu state elections.

Terming the present state of Tamil politics as shameful and laughable, Rajini said he never had the thirst for power. Rajini went on to say that he will invite common people to join his fan’s association to build his party. “Let’s not talk politics or criticize the government and authorities while building the party,” Rajini said. Needless to say that the Super Star fans are elated with Rajini’s much-awaited announcement.