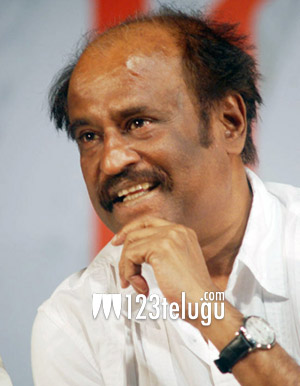 Just four days before the release of his upcoming magnum opus Kochadaiiyaan, Rajinikanth himself has jumped on to the Twitter bandwagon. His latest move took hundreds of his fans by surprise since he never mentioned about social media in his recent speeches. Moreover, he’s a man of few words, which has been his trait for several years now.

As soon as news broke out that Rajinikanth is going to be tweeting from his official profile @superstarrajini, all hell broke loose on Twitter and soon, him joining Twitter became a trending topic. The actor confessed that he was excited to be part of the digital media and Rajinikanth has partnered with CA Media’s first venture, Fluence to handle his digital media presence.

Meanwhile, all eyes are on Kochadaiiyaan, which is releasing in Telugu as Vikramasimha on May 9. Soundarya Rajinikanth has directed this film which has been shot using motion capture technology. A R Rahman has scored the music.