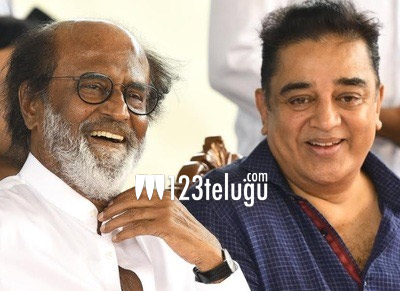 Two of the biggest stalwarts in Tamil cinema, Rajinikanth and Kamal Haasan, have criticised the Tamil Nadu government for ignoring the protests in Tuticorin where thousands of people have been protesting against Sterlite Copper Plant.

Reacting to the issue, Rajinikanth tweeted saying, “When people are protesting for 47 days against the Sterlite industry and its ill effects, the way TN Government remain silent without taking any necessary steps looks mysterious.” For the past few days, the protests in Tuticorin have dominated the headlines in Tamil Nadu, and some Tamilians even took to the streets in London to announce their support for the protests back home.

Meanwhile, Kamal Haasan stated that the protests need more media support and that as a responsible Tamilian, it’s his duty to stand by the people who have been fighting for a good cause. “This anti -sterlite peoples agitation needs media support. My new status as a party leader need not be a disqualification or a deterrent. I am still part of the Tamizh population. I am committed to this cause,” Kamal Haasan said before he went to join the protesters in Tuticorin.