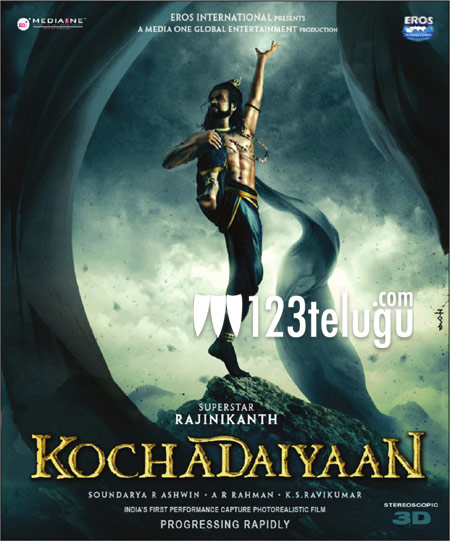 Superstar Rajinikanth’s big budget extravaganza ‘Kochaadaiyaan’ is currently under post production. As per the latests reports being heard in Chennai, the film’s audio launch will take place in April. The movie’s release strategy is also being worked out by Rajinikanth himself. The movie has been shot with very high technical values and the stereoscopic team that worked on ‘Avatar’ has been roped in for this film.

Deepika Padukone is the heroine in this movie. Sarath Kumar, Shobana, Nasser, Jackie Shroff and other senior actors will be a part of the project. Rajiv Menon is the cinematographer and A R Rahman has composed the music. The movie has been directed by Rajinikanth’s daughter Soundarya.