Rajinikanth’s Petta wrapped up much ahead of schedule
Published on Oct 19, 2018 9:00 pm IST 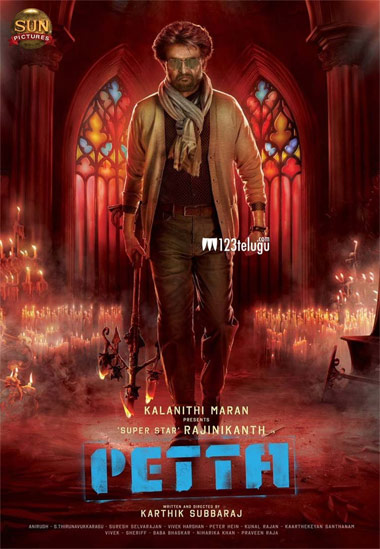 In an impressive feat, the makers of Super Star Rajinikanth’s Petta have wrapped up the film’s entire shooting formalities 15 days ahead of the planned wrap up date. Rajini himself revealed the news via Twitter just a while ago and thanked his director, DP and the producers, apart from extending wishes on Vijaya Dasami.

In Petta, Rajini will be seen in two different avatars. The film was extensively shot in Darjeeling, Varanasi, Lucknow and Chennai. Rajini will share screen space with popular stars like Vijay Sethupathi, Nawazuddin Siddiqui, Trisha, Simran, Megha Akash and others.

Petta is scheduled for release during the Sankranthi festive season in January next year. Karthik Subbaraj is directing Petta and Sun Pictures is bankrolling this high budget entertainer.

It’s a wrap for #Petta. 15 days ahead of schedule. I thank @sunpictures @karthiksubbaraj @DOP_Tirru and the entire team Involved. Here’s Wishing everyone a very happy #Vijayadashami 🙏🏻