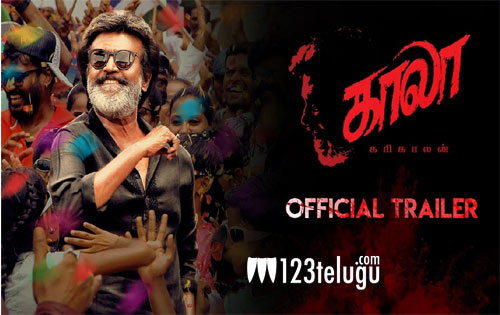 So, the wait is finally over as the much-awaited trailer of superstar Rajini’s Kaala has been finally released today. The first impression that we get from the trailer is that Rajini’s mass avatar is in full swing.

He plays the man of the masses and is shown taking on Nana Patekar in full flow. Rajini has been showcased in a superb manner and fans are surely going to love Rajini’s trademark dialogues and mannerisms.

Pa Ranjith has made sure that the film will have a lot of emotional drama as shown in the trailer. Huma Qureshi plays the female lead in this film which is set for a massive release on the 7th of June.

The Telugu trailer will be revealed soon.