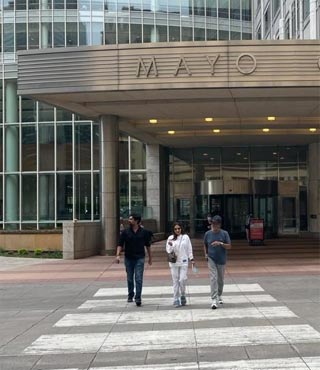 It is a known fact that Rajinikanth took special permission from the Indian government to fly to the US for his treatment.

The star hero reached the US in a special flight and was today spotted in a clinic named Mayo after getting his basic tests done. Rajini was seen with his elder daughter Aishwarya.

Dhanush and his family are also there as the star hero is shooting for his Hollywood assignment. So, the entire family will spend some time before coming back to India.