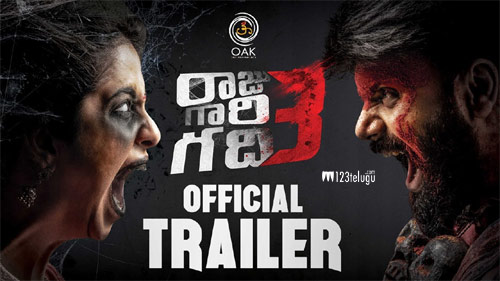 Raju Gari Gadhi 3’s trailer is spooky and comes up with an interesting premise. Both the lead actors, Avika Gor and Ashwin Babu, are processed by the ghost. While RGG3 marks Avika’s comeback in Tollywood after 3 years, Ashwin Babu gets to play an out-and-out lead role for the first time. The trailer is well shot and even Shabir’s background score creates an impact.

We will have to wait until the Dussehra festive season to witness what director and producer Omhkar is going to offer this time around.