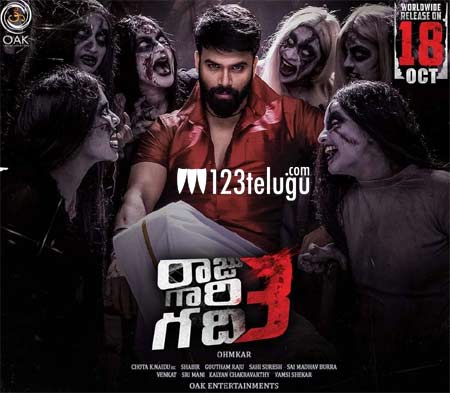 Raju Gari Gadhi 3, the third part of the popular horror comedy franchise, Raju Gari Gadhi, is all set for its release on October 18. Ohmkar has directed and produced the movie, while his brother Ashwin Babu and young actress Avika Gor are the main leads.

In a latest promotional interview, Ashwin Babu revealed that his brother Ohmkar has ambitious plans to spread Raju Gari Gadhi as a 10 part franchise. However, it all depends on the response for RGG3 this weekend.