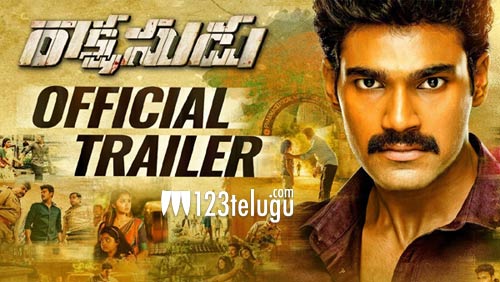 Bellamkonda Sreenivas is looking to score a hit at any cost and has pinned his hopes on his new film Rakshasudu. The film’s trailer was out today and the first impression we get is that the film is going to be a gripping Pyscho thriller.

Bellamkonda Sreenivas is shown as a cop who starts investigating the murders. The ambiance of the film looks taut and Rajeev Kanakala plays Bellamkonda’s brother.

Anupama Parameswaran is shown as Sreenivas’s love interest and the BGM is top-notch in the trailer. For the first time, Sreenivas has tried a suspense thriller and for now, things look quite gripping for the film. The film is directed by Ramesh Varma.