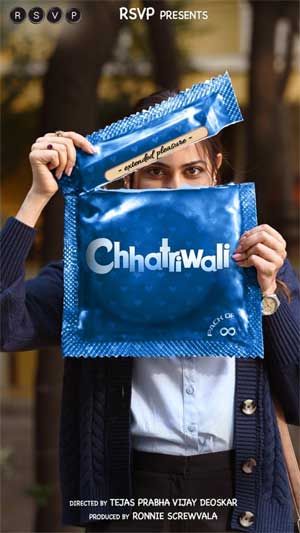 Rakul Preet has never shied away from attempting bold films in her career. She has done that once again with her latest Hindi film ‘Chhatriwali’.

The makers of the film revealed the first look where Rakul poses with a condom pack. She plays the role of a condom quality checker in the film.

Seen in the poster is Rakul tearing a condom packet. The film deals with the business of condoms and is produced by Ronnie Screwvala. This first look has become a talking point all over.