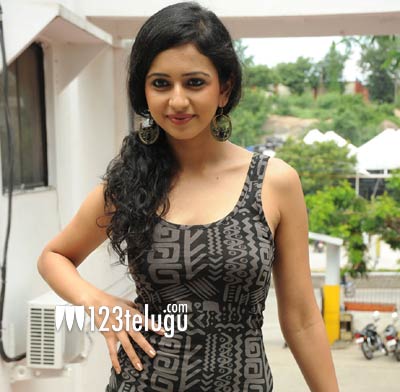 Rakul Preet, who became popular after acting in Venkatadri Express, has clarified that she hasn’t signed Allari Naresh’s upcoming film. Over the past few days, there were reports that she has been roped in for Allari Naresh’s film in Veerabhadram Chowdhary’s direction.

Finally, the actress posted on Twitter saying, “Hey Tweeps,Nageshwar reddy sirs project with Manoj is my next in telugu,haven signed anything else 🙂 read some rumours so clarifying :).” This untitled film starring Manoj and Rakul Preet is expected to begin in March this year.

She will soon be seen in Aadi’s upcoming film titled Rough. Srihari had played an important role in this film and it will release later this year.