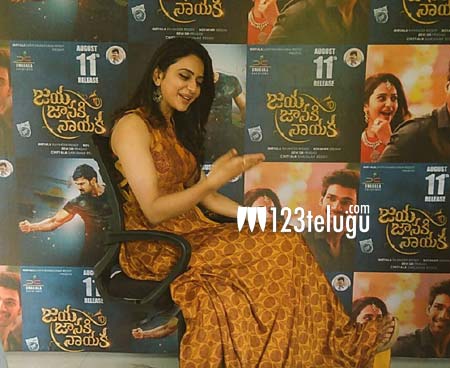 A lot was said as to why Rakul Preet signed Bellamkonda Srinivas’s film who is just two films old. Some said it was because she was paid high remuneration. But today, Rakul in an interview said that she signs films with her gut feeling.

Adding further, she revealed that she signed the film because her role had huge importance in the film and also the project was directed by none other than the hit director Boyapati who had showcased her supremely well in the blockbuster hit Sarrainodu.

Rakul looks ravishing in the trailers of Jaya Janaki Nayaka and will be the main attraction of the film. Apart from this, the star heroine will be seen in her biggest project to date Spyder.