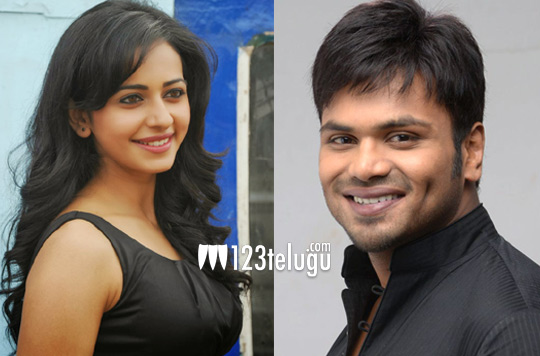 Rakul Preet, who was last seen in Venkatadri Express, is reportedly being considered to play the lead role opposite Manchu Manoj in his next film. G Nageshwar Reddy, who had earlier made Dhenikaina Ready, is going to direct this film. Bellamkonda Suresh is producing this film.

Incidentally, as per the buzz till recently, Hansika was all set to team up with Manchu Manoj; however, there seems to be a change in plan. She was recently seen in Pandavulu Pandavulu Thummedha and she’s also playing the lead roles in Ravi Teja’s Power and Naga Chaitanya’s Durga, apart from few other Tamil films. An official announcement about the film’s cast and crew is expected to be made soon.

Earlier this year, Rakul made her debut in Bollywood with Yaariyan and it went on to become a surprise hit at the box-office. She’ll soon be seen in Aadi’s next film titled Rough.