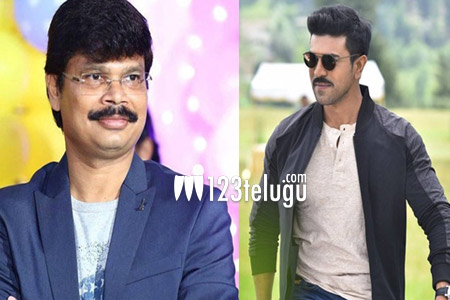 It’s already reported that Mega Powerstar Ram Charan will be teaming up with mass action entertainers’ specialist Boyapati Srinu for his next. Noted producer DVV Danayya is going to bankroll this high budget entertainer.

Meanwhile, the latest buzz is that the formal pooja ceremony of this film will be held later this month and the regular shoot will kick-start from early next year. Boyapati is taking extra care in all aspects to make this film a memorable one in Ram Charan’s career.

This film is tentatively scheduled for Dasara 2018 release. More details regarding this crazy project will be revealed soon. Stay tuned for further updates.