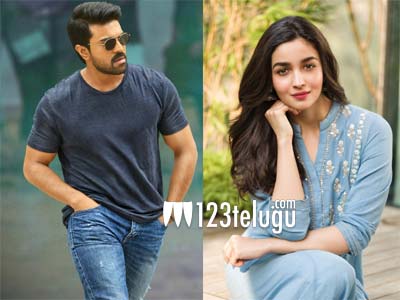 From the past few days, there have been reports that Ram Charan has already started shooting with Alia Bhatt in the magnum opus RRR and a song was also shot on them.

Ram Charan, in an interview, has revealed that he is yet to shoot with the star actress and is eagerly waiting for her entry in the film.

Alia is going to be a special attraction in RRR and everyone is dying to see how she will be showcased by Rajamouli. NTR also plays another lead in this film which has music by Keeravani.