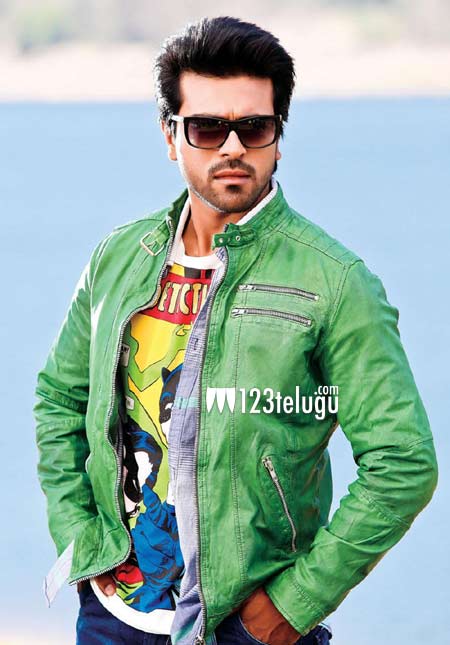 Tomorrow, Megapower Star Ram Charan will complete 8 glorious years in the Telugu Film Industry . On 28th September 2007, Ram Charan made his acting debut with the Puri Jagannadh directed mass entertainer, Chirutha. The film, produced by veteran filmmaker Ashwini Dutt, went on to become a smash hit and there has been no looking back for Charan since then.

In these 8 years, Charan acted in 8 films, most of them huge blockbusters, including the then industry hit Magadheera. Charan even stepped into Bollywood with Zanzeer. Even though he entered the industry with the ‘Mega’ backing, Charan created his own fan base in no time for his stylish screen presence and impeccable dancing abilities.

Currently, Ram Charan is acting in his 9th film, Bruce Lee, which is fast finishing its shooting part and is gearing up for a grand release on 16th October.