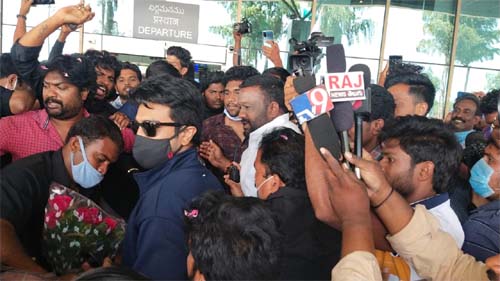 It is a known fact that Ram Charan is doing a key role in his dad, Chiranjeevi’s film Acharya. The shooting was happening in the interiors of Godavari district for the last few days.

Ram Charan was shooting along with his dad in this schedule and yesterday, he wrapped up a 20 days schedule. Fans turned out in a large number to give Charan a send-off at the Rajahmundry airport.

There was a big mob and Charan also did not shy away and met the fans making them happy. Upasana was also spotted along with Charan and now the couple is back in the city.