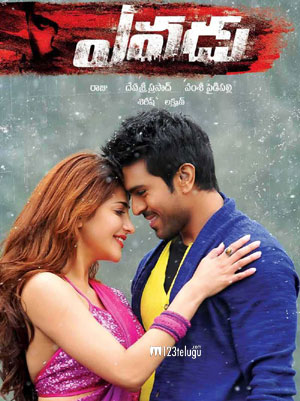 Ram Charan’s upcoming film Yevadu has been postponed numerous times and finally producer Dil Raju announced that the film will hit the screens on December 19. However, the film’s release might be postponed once again, as per the latest rumours in the industry. And Ram Charan himself has given a hint that the makers are looking for a new release date.

Recently, when Ram Charan and his wife, Upasana went to Tirumala, he was approached by the local media. Interacting with the media, when he was asked about Yevadu, Ram Charan said, “The film might release either towards the end of December or January as a Sankranthi special.”

Yevadu stars Ram Charan, Shruti Haasan and Amy Jackson in lead roles. Vamshi Paidipally has directed the film and Devi Sri Prasad has scored the music. Ram Charan’s next film will be directed by Krishna Vamsi and Venkatesh will also be playing one of the lead roles in this untitled film.