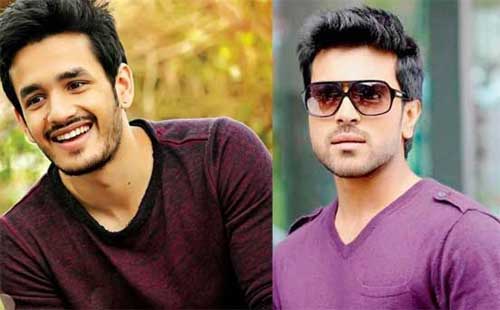 Akhil is struggling hard to score a hit in his career. He is doing good films but somehow things are not clicking at all for him. So, he has decided to join hands with Surender Reddy the mass director to get some luck in his career.

Surender Reddy is also directing a film with Pawan Kalyan but as there is so much time for it to happen, he has signed this new film with Akhil. Anil Sunkara will produce this film.

But there is a big twist behind this project. The talk is that it was Ram Charan who set up this project for Akhil. He treats Akhil like his younger brother and so requested Surender Reddy to given Akhil a break and do a film for him.

So, as he has time also on his hands, Surender Reddy is making this film on a big scale. In a way, Ram Charan is helping Akhil rseerruct his career now.