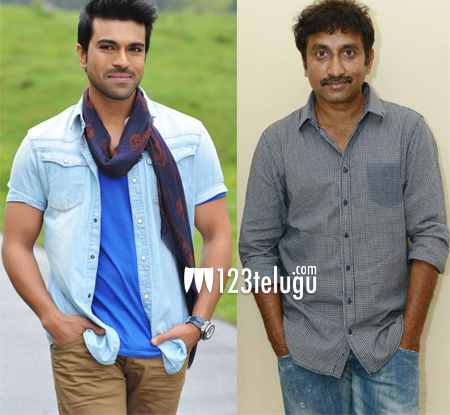 Here’s some exciting news for Mega fans. As per the sources, the much anticipated combination of Ram Charan and Sreenu Vaitla is confirmed.The film will have its shoot from January 28th and popular producer DVV Danayya will be producing the film under his Universal Media banner. SS Thaman will compose the music for this out and out entertainer.

After the debacle of ‘Aagadu’ at the box office, Sreenu Vaitla took some time to come up with a solid script which suits Ram Charan perfectly. On the other hand, Ram Charan is riding high on the success of his 2014 releases, ‘Yevadu’ and ‘Govindudu Andarivadele’.

More details on the film are awaited. Keep watching this space for more interesting updates.