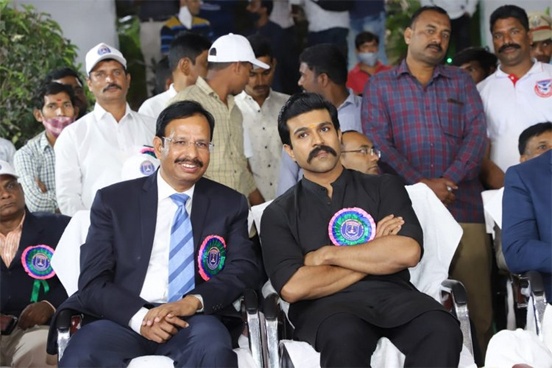 Today morning, we had reported that Ram Charan will be presiding as the chief guest for the Cyberabad police event. As reported, the event happened today on a grand note.

Ram Charan spoke at length at the event and said that he is very thankful for the cops as they have worked so hard during the lockdown period when everyone was scared. He also added that it is not about winning and participation is what matters the most.

Charan also revealed that he is playing a cop in RRR and he has got inspired by many real-life cops to do this role. Charan is busy doing RRR and Acharya as of now.